The Embassy of Ireland and the Honorary Consulate of Ireland in Poznań warmly invite you to an open lecture: Paweł Strzelecki & the Great Irish Famine by Professor Peter Gray (Queen's University Belfast).

Prof. Gray is the co-author of an exhibition: "A Forgotten Polish Hero of the Great Irish Famine: Paul Strzelecki's Struggle to Save Thousands".

Currently Professor of Modern Irish History at Queen's University Belfast. He was Head of the School of History and Anthropology 2010-15 and has been Director of the Institute of Irish Studies at QUB since 2016. Professor Gray specializes in the history of British-Irish relations c.1800-70, especially the political history of the Great Famine of 1845-50 and the politics of poverty and land in the nineteenth century. Selected publications include The making of the Irish poor law 1815-43 (Manchester UP, 2009); Famine, land and politics: British government and Irish society 1843-1850 (Irish Academic Press, 1999); The Irish Famine (Thames & Hudson, 1995).

The event will be held in English. It will be followed by a reception to mark the 20th anniversary of the opening of the Honorary Consulate of Ireland in Poznań! 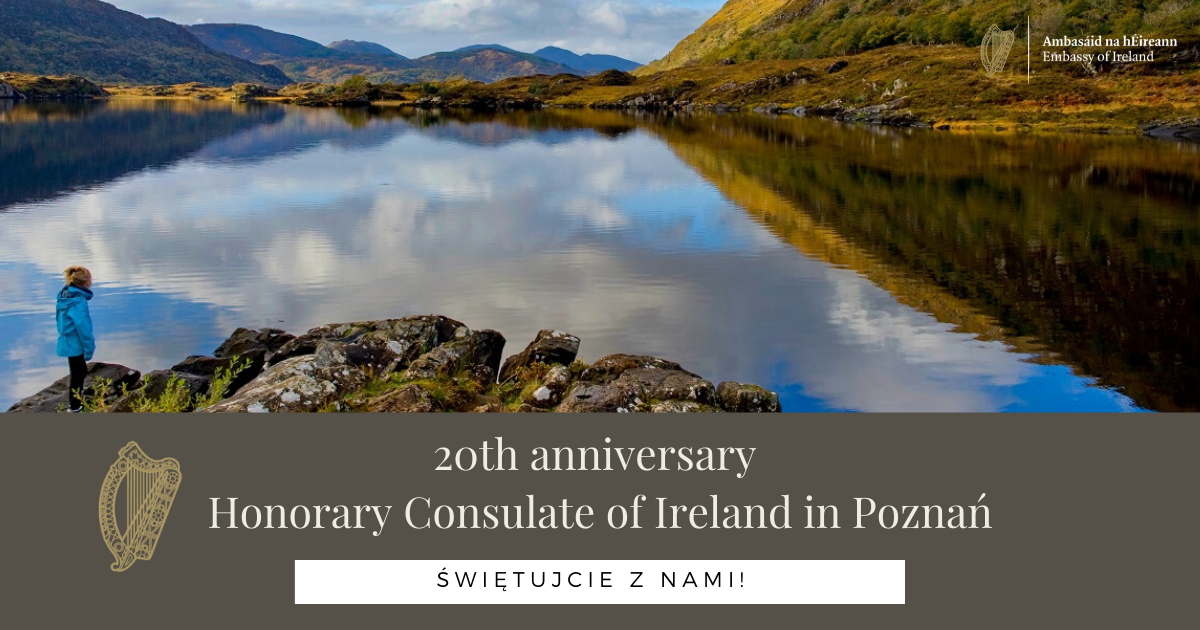